A happy day for the Australian MSC Province – Trieu and Daniel make their first profession.

A happy day for the Australian MSC Province – Trieu and Daniel make their first profession. 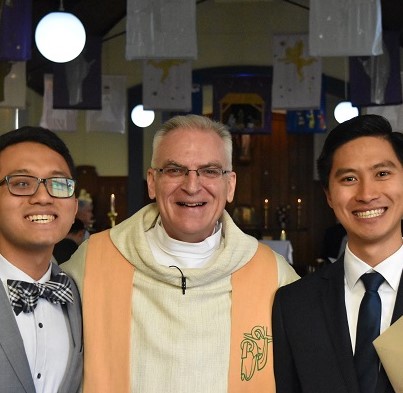 Saturday, December 12th.  In the chapel at St Mary’s Towers, Douglas Park,  Trieu Nguyen and Daniel Magadia made their first vows as MSC. 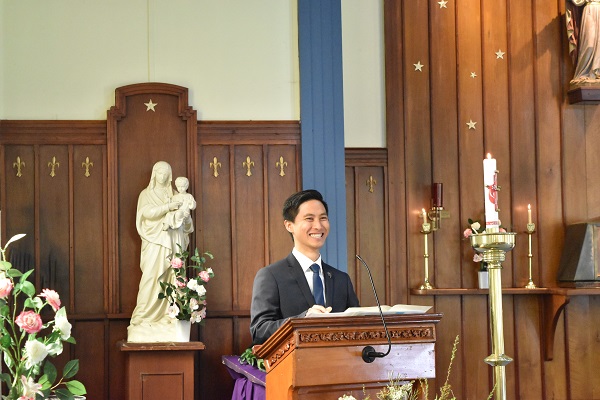 Trieu came from Vietnam some years ago. 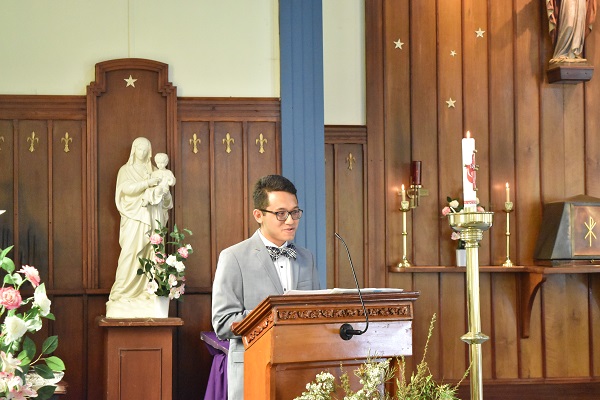 Daniel is from Adelaide, his family originally from the Phillippines. 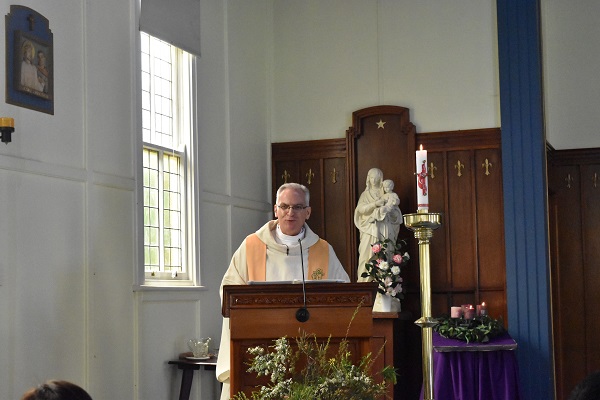 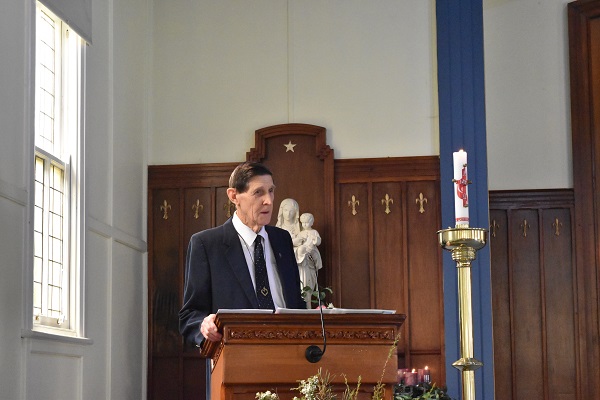 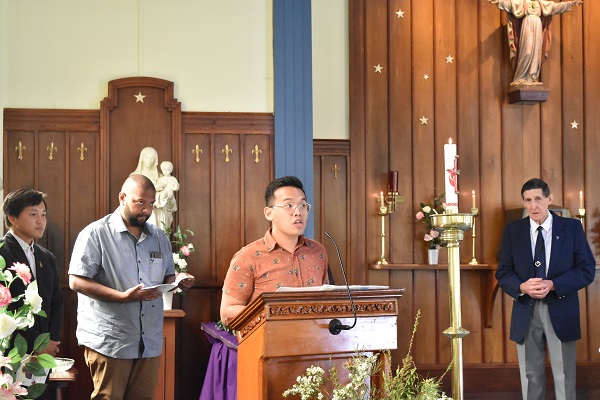 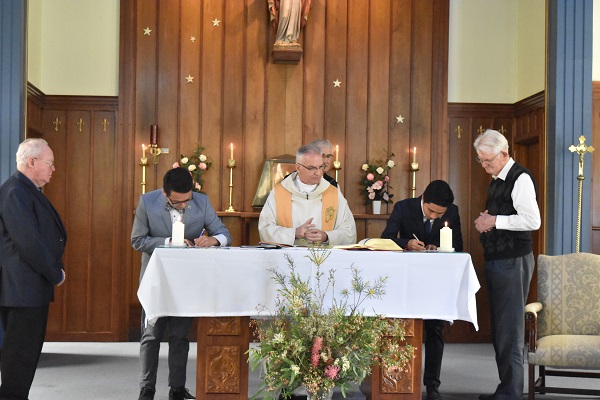 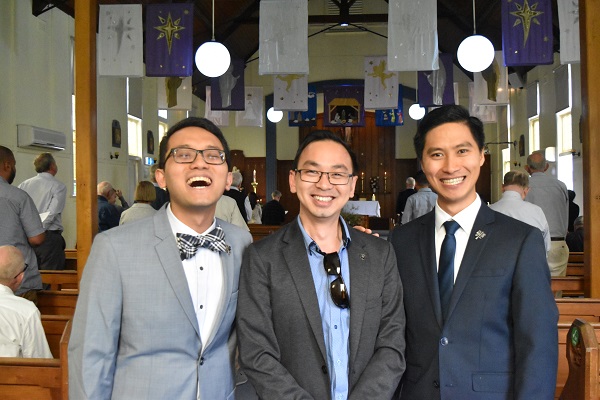 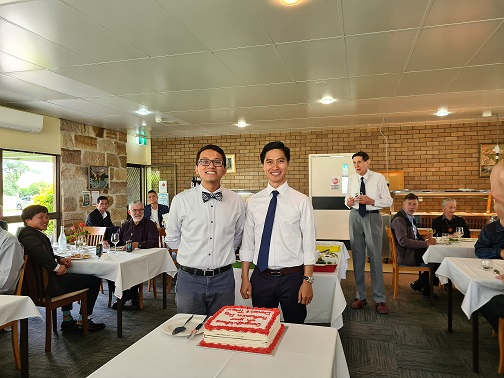 And the Profession cake.

St Thomas the Apostle Parish in 2021. This is my sixth year in the parish and I have enjoyed being a part of your lives during that time. It will be so hard to leave this welcoming and faith-filled community. I believe that to say goodbye is to die a little.
I have been appointed Parish Priest of Our Lady of the Rosary Parish Kensington, which is in the eastern suburbs of Sydney. Fr Aloysius Lamere msc has been appointed as your new Parish Priest. I know that you will warmly welcome him to St Thomas’ as you did me
six years ago.
During my time, here at St Thomas’ you have all helped me to touch the face of God. You have welcomed me into your homes, into your hearts, you have supported me, you have befriended me, and you have accepted me for who I am – I could not have asked for anything more. You have nurtured my priesthood and I feel that I am a better priest for
being a part of your lives here at St Thomas’.
I anticipate leaving here at the end of February. Please keep me in your prayers over the next couple of months, as I will remember you all in mine.

Thanks for the memories.
Fr. Terry msc

Scroll back to top